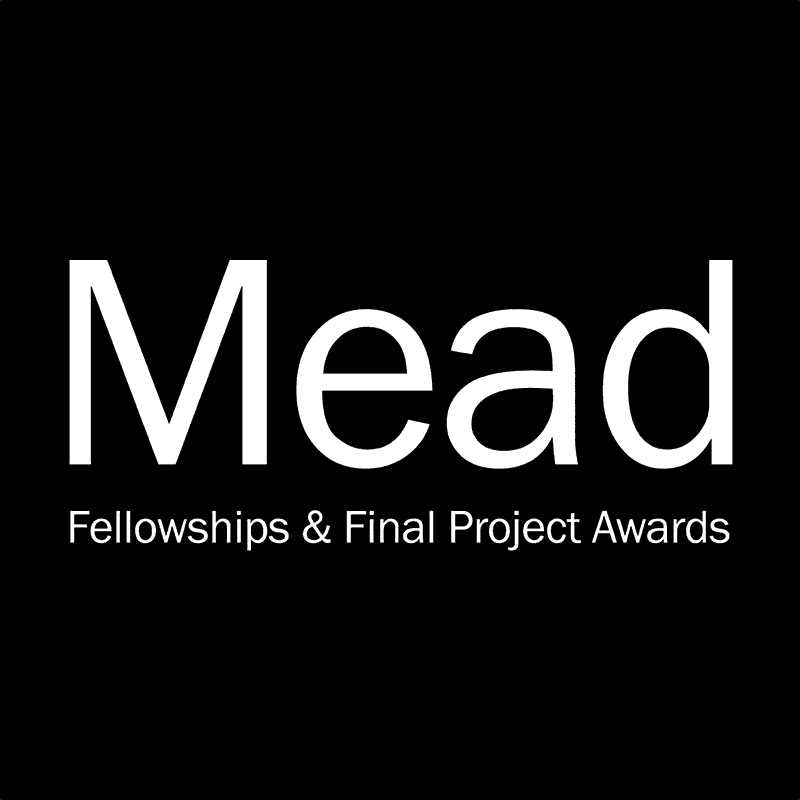 University of the Arts London recently announced the winners of this year’s Mead Fellowships and Final Project Awards:

Congratulations to everyone, we look forward to seeing their interesting projects and careers progress.

ShootingBack, is an innovative physical support designed specifically for wheelchair athletes who play basketball, both for professional and non-professional use. Utilising various technologies, ShootingBack provides enhanced support to the athlete. It ensures comfort plus efficiency and enables athletes with disabilities to perform at their best.

Birthright conveys an immersive experience exploring feminine identity expressed through ritual practices, performed intuitively to reinvent an individual ritual language that is read by the body. The theme is explored by a sculpture, a short film, and a series of eight podcasts. In this project, Jade examines her paternal ancestral connection with the practices of Yoruba people.

Jardín de Naturalización is a photography project about naturalisation of immigrants in Spain or how the natural sciences can define a national identity. People who come from the former colonies represent a significant part of naturalised citizens in Spain. However, they are not always considered as an integral part of Spanish culture like tomatoes or potatoes are. People with a migration background are often depicted as “invasive” plants. This project uses photography and research to deconstruct these stereotypes and broaden understanding of Spanish identity. The photographs will be shown at the open-air exhibition, at the Acclimatisation Garden of La Orotava, the Canary Islands (Spain).

Natasha and Lucy explore non-hierarchical curatorial methods. Their work with everyday stories and shared experiences of grief have brought them together for this project, which will reframe grief as a source of creative energy and connection, within a society that typically ignores it. The project will host a series of workshops by creative practitioners working in six different mediums (including writing and visual art). Participants who have experienced grief, can navigate their loss through making and sharing. This will culminate in a collaborative exhibition where participants will curate and display the work they have made. Enshrined seeks to open a vital conversation during the time of COVID-19, when the subject of death and grief is painfully relevant.

Inter Alia is a photography documentary research project about contemporary female identity in Eastern Europe. Zula will travel along the former Iron Curtain, the former political barrier (erected in 1946) which divided the Soviet Union from the West, during the Cold War. She will document how a communist past has shaped female identity. This project will combine analogue photography, moving image, and written testimonies to engage with the question: What is contemporary womanhood in post- communist countries?

Joseph will be making an ambitious piece of sculptural furniture, utilising found timber. Joseph will slice pieces of branch wood from different British tree species, to show a range of grain patterns. He will explore the traditional uses of each type of timber and use each woods according to its strength.

Project Title: The restaurant at the end of the world

Joshua and team will create an animated short film about a mysterious traveller in an apocalyptic wasteland, searching for the last restaurant in the world. Still open despite the collapse of society, this restaurant is home to some very unusual characters, but can their way of life continue to survive when this traveller tries to take the place for himself?

Charlotte will be creating a costume-led performance, about living after rape and how to lift yourself up from the trauma. In her performance her costume starts as an arm around the performer, representing the rapist.

Dominic will produce an immersive video installation, exploring the current situation of Mexico-US migration. He will show the study of migrants’ lives, as they traverse the migrant trail of Mexico which is “the single largest flow of migrants in the contemporary world”.

Through research, videography, photography, and the making of ceramic artefacts, Isha will trace her family’s histories and identify the legacy of the British Slave Trade on the histories of Scotland and Jamaica.

Alessandro will photograph the everyday lives of three internally displaced families who are currently living together in an abandoned cinema in the city of Sumgayt, Azerbaijan. The 1988 conflict between Azerbaijan and Armenia caused the displacement of over 600,000 Azeris.

Ezra’s installation will surround the physical space via the use of sound; through various audio recording, and playback techniques – specifically, a technique known as Wavefield synthesis. It will involve a Wavefield synthesis speaker array and computational setup.

Project Title: Temple of the Technium

Gus will be creating an immersive and experiential technology-based installation. It will re-appropriate familiar technological objects, infrastructures and interfaces in a way that presents them as living entities that form part of an unfolding technological ecology.

Emi will be making 4 final looks for her collection (4 jackets, 4 tops & 4 trousers), inspired by how garments can maximise a person’s ability in challenging environments. The collection will feature dual purpose clothes – such as a jacket which transforms into a backpack, or a coat which becomes a portable tent. It will incorporate technology such as wearable solar panels to make the wearer self-reliant on energy.

Toraigh is producing an interactive sculpture and sound-piece, with which she will perform. The piece is a 3D metal hexagonal frame, with suspended musical strings, tuned like an instrument. Three contact mics attached to the frame amplify the resonance inside. A multichannel soundscape of field recordings surrounds this, continuously creating a different aural environment.